The Scimeets takes immense pleasure to invite you to attend the “Global Expert Meetings on Catalysis, Chemical Engineering and Technology” hosted on June 12-14, 2023 in Paris, France.

HYBRID EVENT: You can participate In-person at Paris, France or Virtually from your home or work.

GEMCAT2023 will include several plenary talks, keynote lectures, interactive sessions, academic discussions, oral and poster presentations, technical workshops and social events that will provide huge networking opportunities for the participants to share their experiences and new innovations on all aspects of Catalysis, Chemical Engineering and Technology. The organizing committee will include leaders in the field of Catalysis, Chemical Engineerings and will guide the participants on the latest developments and emerging challenges in these fields.

The program includes several sessions over three days. The scientific and industrial presentations will create opportunities for meetings and collaboration between the various industrial and university centers.

We hope that this conference will be personally rewarding to you 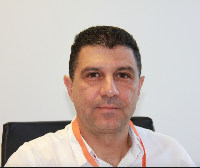 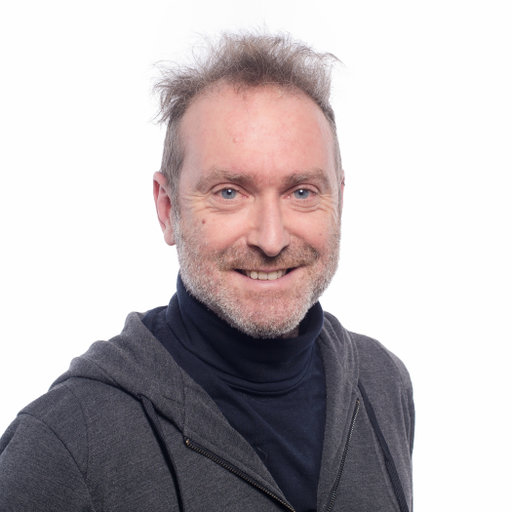 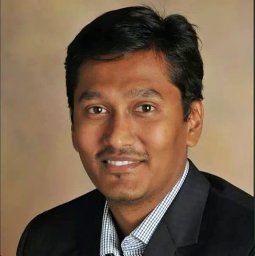 25% Off On Early Bird Registrations

Contact us now and we will make your event unique & unforgettable

Advances in Catalysis and Chemical Engineering 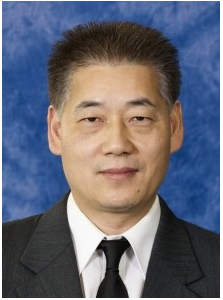 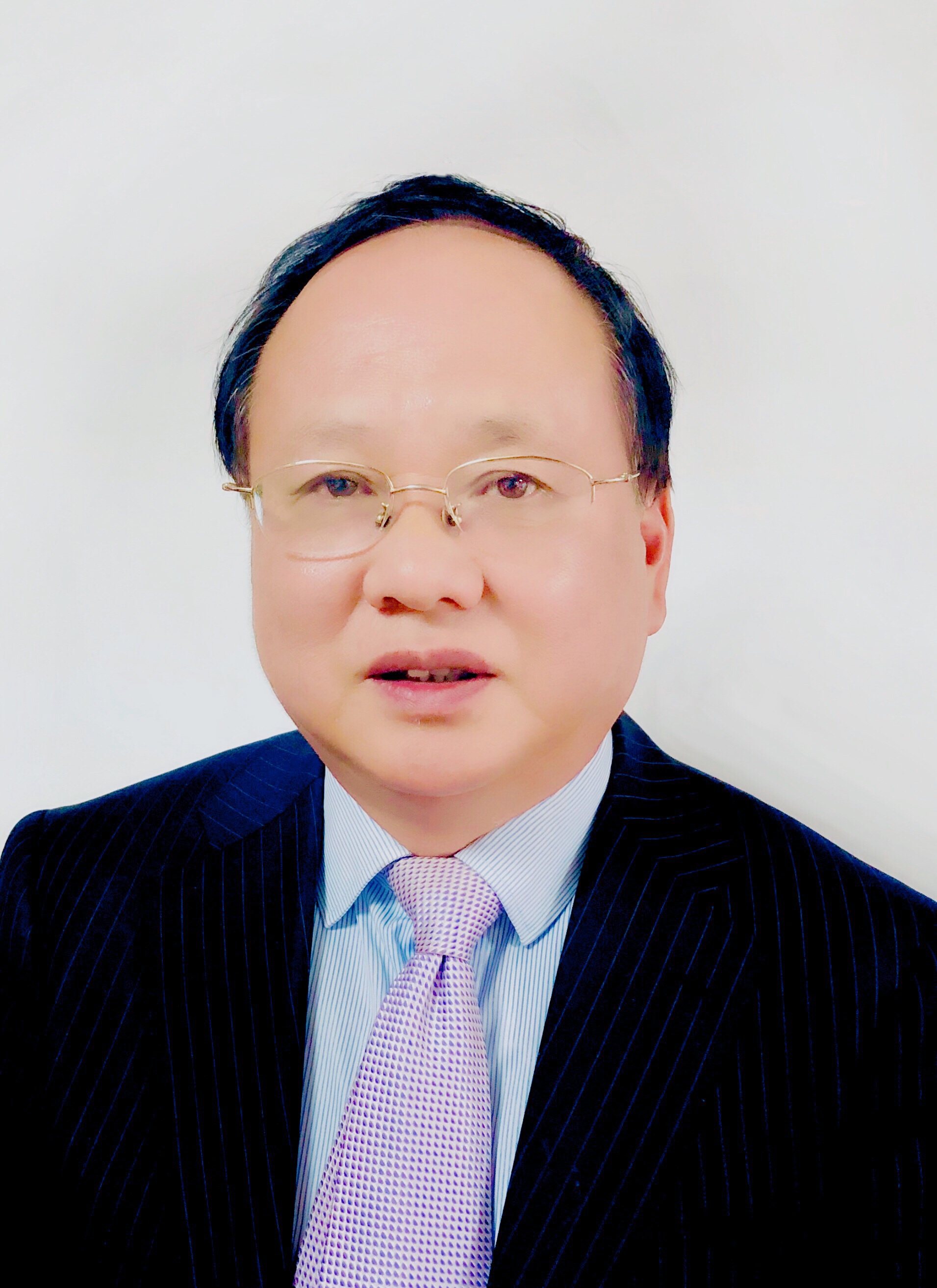 Prof. Dr. Jinlong Zhang studied at East China University of Science and Technology, where he received a PhD in Fine Chemicals in 1993. In 1996 he received the Award of the JSPS and then studied in Osaka Prefecture University, Japan, as a postdoctoral. He became a full professor in 2000. He has published over then 500 original papers in “Nat. Comm.;Chem. Rev.; J. Am. Chem. Soc.;Angew Chem Int Ed; Energy & Environmental Science，Chem.，ACS Nano，Applied Catalysis B: Environmental, et al , which were cited more than 32000 times (H-index: 93), serves on the editor of ‘‘Research on Chemical Intermediates’’ and the editorial boards of several international journals, for example, “Scientific Reports”, ‘‘Applied Catalysis B: Enviromental’’, ‘‘Dyes and Pigments’’（2004-2015）, and ‘‘Photographic Science and Photochemistry’’. His research interests include photocatalysis, mesoporous materials, environmental science and materials science. He was selected as the Member of Academia Europaea and Distinguished Professor of Huixian in ECUST in 2019, the “Most Cited Chinese Researchers” in China by “Elsevier” from 2014 to 2021. Dr. Jinlong Zhang also was awarded as "Highly Cited Scientists" by Clarivate Analytics(Philadelphia, USA) in 2018, 2019, 2020 and 2021. 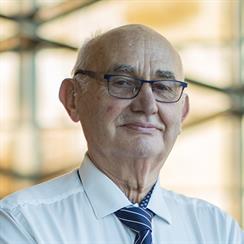 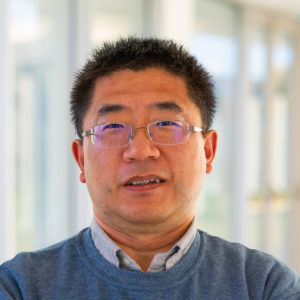 Lifeng Liu (Researcher ID: A-2522-2012, Orcid ID: 0000-0003-2732-7399) obtained his B. S. degree in Applied Physics from Beijing Jiaotong University (2001), and both his MS (2004) and PhD (2007) degrees in Condensed Matter Physics from the Institute of Physics, Chinese Academy of Sciences (IOP-CAS) under the supervision of Prof. Sishen Xie (Academicians of CAS and TWAS). He joined Max Planck Institute of Microstructure Physics – Halle (MPI-Halle), Germany in 2007, first working as a postdoctoral researcher under the supervision of the late Prof. Ulrich Goesele and Dr. Woo Lee, and then as a member of scientific staff. He started his independent research career in 2008 and became the head of group “Porous Alumina” in 2009. In 2011, he moved to the International Iberian Nanotechnology Laboratory (INL) and set up a research group there. Lifeng has been actively working on nanomaterials and nanostructures since 2002, with particular emphases on fabrication and characterization of complex nanostructures, nano-magnetism, nanoscale solid-state reactions, ferroelectric nanostructures and nano-electrocatalysts. His present interest is mainly focused on nanomaterials for renewable energy generation, storage, and conversion. So far, he has authored/coauthored more than 120 peer-reviewed papers in major international journals, which have been collectively cited >3900 times, leading to an h-index of 38 (Web of Science, as of Apr. 2017; Google Scholar: citations >4900 times; h-index: 41). In addition, Lifeng has delivered ca. 30 oral presentations at different international conferences/workshops/universities including 1 plenary talk, 2 keynote speeches, and 11 invited talks. Besides, Lifeng has offered extensive professional services to the community. He actively serves as a reviewer for 60+ scientific journals such as Angew. Chem. Int. Ed., J. Am. Chem. Soc., Nature Commun., Energy Environ. Sci., Adv. Mater., ACS Nano, Adv. Funct. Mater., Small, Chem. Commun., etc., and for grant applications for several funding agencies from North America, Europe and Asia. He was a member of organizing/scientific committee of a number of national/international conferences. Since 2011, Lifeng has successfully secured internal and external research funds totaling over 1.2 million Euros. Honors and awards he got recently include: FCT Investigator Grant 2014, Young Researcher Award 2015 by the Portuguese Electrochemical Society, INL Award for Professional Services 2016, Prof. Ruldoph A Marcus Award 2017. 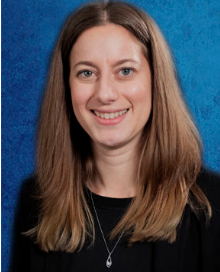 Dr. Alandra Kahl is an Associate Professor in Energy Engineering and Environmental Engineering at the Pennsylvania State University, Greater Allegheny campus. Her research interests include small scale remote sensing, water quality control and measurement and the fate and transport of persistent organic pollutants 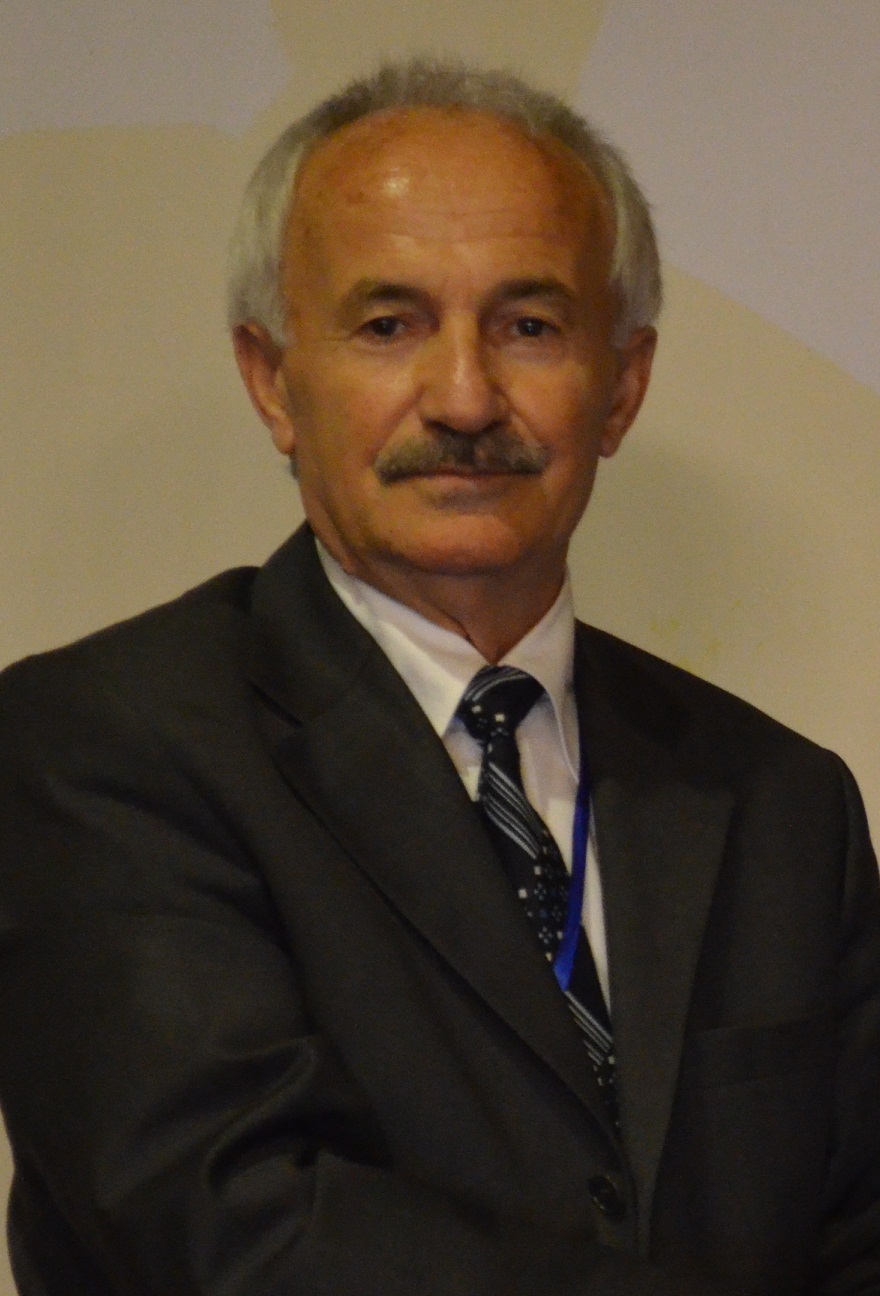 Dr. Osman Adiguzel graduated from Department of Physics, Ankara University, Turkey in 1974 and received PhD- degree from Dicle University, Diyarbakir-Turkey. He studied at Surrey University, Guildford, UK, as a post doctoral research scientist in 1986-1987, and his studies focused on shape memory alloys. He worked as research assistant, 1975-80, at Dicle University and shifted to Firat University in 1980. He became professor in 1996, and he has been retired due to the age limit of 67, following academic life of 45 years. He published over 80 papers in international and national journals; He joined over 120 conferences and symposia in international and national level as Plenary Speaker, Keynote Speaker, Invited speaker, speaker or Poster presenter. He served the program chair or conference chair/co-chair in some of these activities. In particular, he joined in last six years (2014 - 2019) over 60 conferences as Speaker, Keynote Speaker and Conference Co-Chair organized by different companies in different countries. Additionally, he retired at the end of November 2019, and contributed with Keynote/Plenary Speeches over 60 Virtual/Webinar Conferences, due to the coronavirus outbreak in two year of his retirement, 2020 and 2021. Dr. Adiguzel served his directorate of Graduate School of Natural and Applied Sciences, Firat University in 1999-2004. He supervised 5 PhD- theses and 3 M. Sc theses. He is also technical committee member of many conferences. He received a certificate which is being awarded to him and his experimental group in recognition of significant contribution of 2 patterns to the Powder Diffraction File – Release 2000. The ICDD (International Centre for Diffraction Data) also appreciates cooperation of his group and interest in Powder Diffraction File. Scientific fields of Dr. Adiguzel: Shape memory effect and displacive phase transformations in shape memory alloys and other alloys, molecular dynamics simulations, alloy modeling, electron microscopy, electron diffraction, x-ray diffraction and crystallography 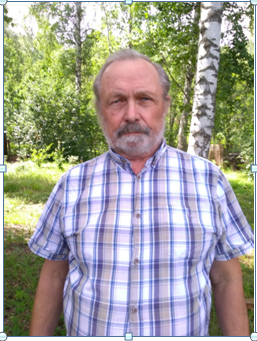 graduated from the Tomsk Poly-technical University, Russia 1972 – 2016 – researcher at the G.K. Boreskov Institute of Catalysis, Novosibirsk, Russia 1977- PhD.: Title of the thesis: Properties of the supported catalysts prepared via organometallic and alkoxide complexes of Mo, W, Re and Pt. 1997- Professor of Chemistry. Title of the thesis: Sulfide HDS catalysts: synthesis, structure, properties. Since 2017 - Pensioner PROFESIONAL POSITIONS: Since 1995 - Head of the laboratory at the Boreskov Institute of Catalysis. since 1990 - Senior Researcher 1990 - Head of the Research Group 1978/90 - Researcher;. 1974/77 - Junior Researcher 1972/74 - Postgraduate Student PROFESSIONAL ACTIVITIES Synthesis and characterization of the transition metal complexes and sulfides, synthesis of supported catalysts from the metal complex precursors, investigation of the active component structure and mechanism of catalytic reactions; catalysts and processes of hydro treatment of oil fractions and “bio-crude-oils”; acid-base catalysis; thermodynamics; H2S chemistry; Sulfur chemistry; Hydrogen chemistry; 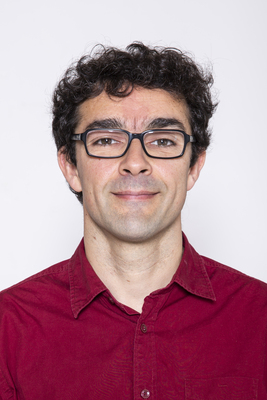 Alberto V. Puga received a PhD in Chemistry from the Autonomous University of Barcelona in 2007. He has been a post-doctoral research fellow at Queen's University of Belfast, a Marie Curie researcher at Rovira i Virgili University (URV, Tarragona), and a research associate at Instituto de Tecnología Química (ITQ, Valencia), where he became the Principal Investigator of a 3-year grant on sunlight-driven biomass-to-hydrogen processes (CTQ2015-74138-JIN, co-funded by the Spanish Research Agency and the EU). Dr. Puga is currently a Tenured Researcher and Lecturer (Ramón y Cajal Grant) at the Chemical Engineering Department of the URV, working on carbon dioxide capture and conversion, membrane technologies and photocatalysis. From a broader perspective, his research focus is set on the production of solar fuels and chemicals from renewable or waste substrates, within the framework of a circular carbon economy. 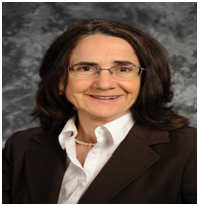 Dr. Anne M. Gaffney is the Chief Science Officer of Idaho National Laboratory and Distinguished National Lab Fellow (2014 – present). She has thirty-four years of experience working in industry inventing and commercializing new technologies for major chemical manufacturing companies including Koch Industries, Lummus Technology, Dow, Dupont and ARCO Chemical Company. She has authored 155 publications and 257 patents. Dr. Gaffney is also a distinguished Joint Appointment Fellow at the University of South Carolina (2018 – present) where she is the Technical Director of the National Science Foundation Center for Rational Catalyst Synthesis. Some of her recent awards include: the 2019 American Chemical Society, Energy & Fuels, Distinguished Researcher Award in Petroleum Chemistry; the 2015 Eugene J. Houdry Award of the North American Catalysis Society; the Chemical Heritage Foundation, Women in Science Inductee, 2014; and the American Chemical Society, Industrial Chemistry Award, 2013. Dr. Gaffney received her BA in chemistry and mathematics from Mount Holyoke College and her Ph.D. in physical organic chemistry from University of Delaware. 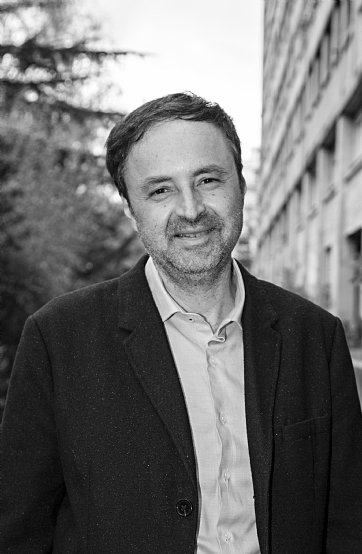 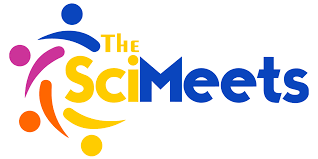 Paris is unarguably one of the most beautiful cities in the world, the capital of France, its nickname “The city of lights”. The most Prominent landmark in Paris would have to be the Eiffel Tower. More the seven million people visit the Eiffel Tower each year. Paris, France is one of the most amazing places you will ever visit. There are so many phenomenal things to see and do you’ll never get bored.